Participatory Workshops with Youth and Service Providers in Kosovo

During the week of September 21-27, 2019 LINC led four participatory workshops as a part of the Up to Youth Activity implemented in Kosovo. Participants of these workshops included youth representatives from across Kosovo, volunteers, and service providers who work with youth. The main goal of the workshops was to identify and frame real-life scenarios and challenges for youth resilience, map how different actors in the system interact with one another, and then to compare the maps created by service providers to those created by youth to see how the two groups view interactions between stakeholders to solve challenges facing Kosovo’s youth.

The first participatory workshop was held in Prishtinë/Priština with youth representatives who sit on the Activity’s Youth Advisory Board (YAB). The main goal of this workshop was for youth to identify and frame real-life scenarios and map how different actors in the system interact with one another. During this workshop, the youth participants identified several challenges and issues that they and their peers face, such as: mental health, unemployment, scholarships, and high school career orientation.

The following is one of the example scenarios developed by the youth: Lea is a 24-year-old woman who is recently been married, and she has a child. She is desperately looking for a part-time job, and a nearby kindergarten to care for the child while she is at work. Her husband prefers that she takes care of the family before her career. She feels excluded and is afraid that the more she waits the harder it will be for her to get a job. How can she get out of this situation?

Three subsequent workshops were held in different municipalities (Mitrovicë Jugore/Južna Mitrovica, Istog/k, Viti/na) and focused on understanding how service providers view these scenarios. During these workshops, service providers were asked to map their perception of how different actors in the system work together in each of the scenarios developed. The maps created by the service providers were compared to the maps created by the youth representatives. Both groups then discussed the differences in how each of them see the system. The workshops concluded with discussions between youth and service providers about how they can work together going forward to strengthen these systems to provide better support services to the socially excluded youth.

Over the next five years, LINC will be supporting Up to Youth to facilitate network strengthening between and among youth and youth service providers.

LINC leads Objective 3 of the Up to Youth Activity, implemented by Global Communities, and funded by United States Agency for International Development – USAID. 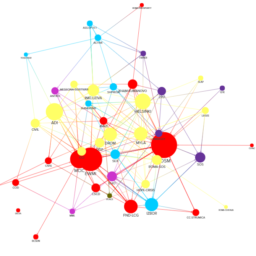