As a partner in the implementation of the USAID-funded Global Labor Program – Inclusive Futures (GLP-IF) in Kenya, LINC began the process of conducting a Social Network Analysis[1] (SNA) of the primary focal actors in the program’s Farmers’ Hub Model.

The objective of the SNA was to understand how smallholder sorghum farmers relate with other actors in the sorghum value chain network, specifically input suppliers, hub owners, and aggregators. This Systems Thinking approach focused on probing relationships between farmers and other actors to understand the relationships among them and how well they are connected to one another. Ultimately, the findings of the SNA will be used to identify areas of the network where GLP-IF interventions might have the greatest effect on improving the labor conditions of people with disabilities in the sorghum value chain.

SNA is critical to providing an understanding of the existing relationships in the sorghum value chain, particularly because this information has not been gathered or analyzed elsewhere else.

From the beginning of this activity, LINC worked closely with Sightsavers to plan and coordinate the SNA process, for which it also engaged the participation of other GLP-IF partners, like East Africa Breweries Limited (EABL), Syngenta Foundation, United Disabled Persons of Kenya (UDPK), and representatives of Organizations of Persons with Disabilities, to train enumerators on disability awareness and considerations, orient them on the sorghum value chain and Farmers’ Hub Model, and support the data collection team in the mobilization of survey respondents.

The SNA activities were purely purposive in nature, seeking to target male and female farmers who are already engaged in the East African Breweries value chain. It targeted 20 smallholder farmers, who were sampled based on specific attributes that considered gender, disability, and participation in the value chain, and 40 other value chain actors. LINC’s local partner, Q Data Mapping and Services (QDATAMS) led the data collection process, which took place in Homa Bay country, where program implementation is still ongoing. The SNA process was launched in June 2022. Findings of the SNA process are expected to be published in 2023.

[1] Social Network Analysis is the process of investigating social structures using networks and graph theory. It characterizes networked structures in terms of nodes (individual actors, people, or firms within the network) and the ties, edges, or links (relationships or interactions) that connect them. 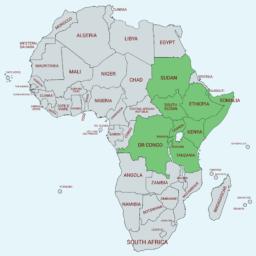 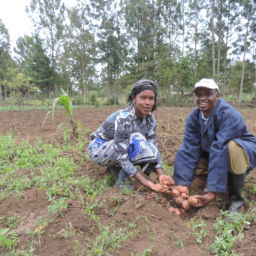 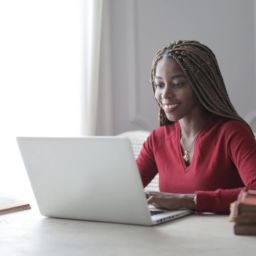 Assessing and Informing Teleworking Practices for USAID/Kenya and East Africa